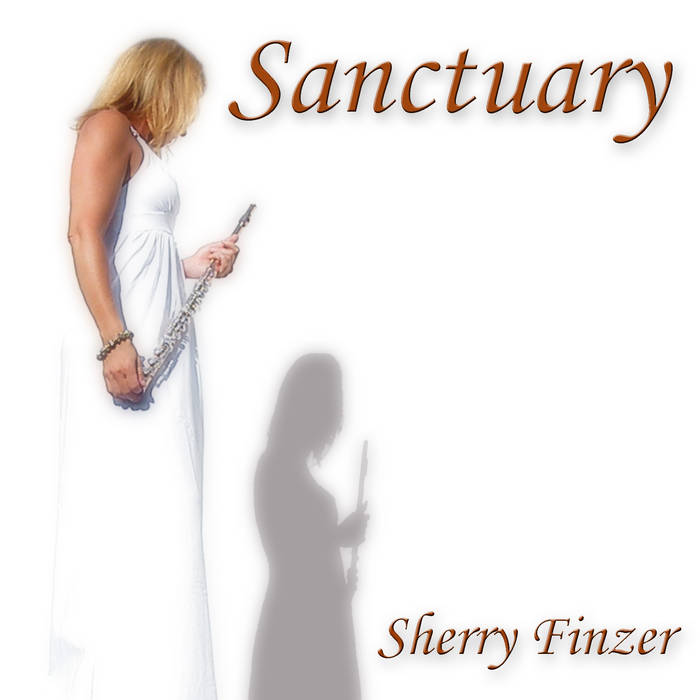 Sherry Finzer is an international award-winning American flutist, composer, and performer. Based in Phoenix, AZ, she performs as a soloist, with her guitarist Darin Mahoney, Native American flutist Mark Holland, Australian pianist Fiona Joy, Windham Hill pianist Scott Cossu, and other local, national and international musicians. She is known for her variety of musical styles, and performs as a Pearl Flute Performing Artist, Guo Flute Performing Artist, and Recording Artist for Heart Dance Records. Musically, Finzer has evolved from a classical, competitive flutist to recording acclaimed new age music albums. Sherry says, “I was drawn to new age music because it helps people with healing and I have learned how much people can be affected in a positive way by music.”

Sherry’s sound is influenced by the different genres of music she plays, by the artists she collaborates with, and by the flutes she uses. She uses various types of flutes to create her pieces, where the sounds of wind instruments are mixed with Gregorian chants, ethereal sounds, and other ethnic instruments to create a relaxing experience. In live performances, she mixes electronic and ethnic sounds without breaking the peace and calm that characterize its parts. She has also used Eastern scales and melodies to evoke an air of mystery and intrigue. Reviewers have described her playing as “deeply haunting…calms and yet piques the senses. Echoes host John Diliberto has referred to Sherry's sound as "Winged Chamber Music."

Altogether she has recorded 12 CD’s, her latest is a collaboration with Native American flutist Mark Holland - Flute Flight. 2014's solo release of Sanctuary III: Beyond the Dream, received nominations from Zone Music Reporter and One World Music for Best Album Acoustic, and charted at #1 and was CD of the Month on the NPR syndicated show Echoes. 2013's collaboration with guitarist Darin Mahoney won One World Music Best Album of the Year. In addition to her work as an artist, Finzer is also the founder and president of the local non-profit Arizona World Music Initiative, an interactive music awareness program.

Her albums Sanctuary, Sanctuary II: Earth, Sanctuary III: Beyond the Dream, Transformation, Desert Journey, Someone like Me, Masquerade, Radiant Sky and Christmas Picante are available on CD or digital downloads, and can be purchased at a variety of online music sales sites including CDBaby, Amazon, and iTunes. Flute Flute can be found on Amazon and Bandcamp. Sherry's music is also played on the Sirius/XM Spa Channel, CBC-Galaxie, Soundscapes Channel on Music Choice, Qantas and Asian Airlines, Pandora, One World Music, and more.

Today, she travels extensively as an in-demand new age musician. As she performs solo and with other musicians, she keeps her mind set on why music is so important: “music symbolizes the different choices and opportunities we have in life,” explains Finzer. “It is important to overcome fear, open the next door and step through.”

Sherry is the host of two internet radio shows:
Heart Dance Radio Show is heard on the internet on Live 365. Listen free 24 hours a day at www.live365.com/heartdance
Crossing Boundaries is an archived monthly show heard on One World Music. www.oneworldmusic.org.uk