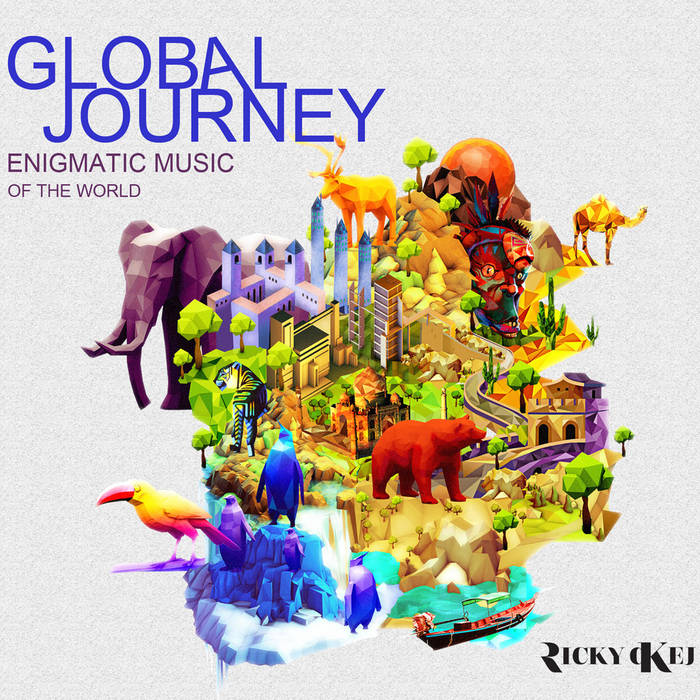 We end this collection with "The Beginning", a track of pure joy from 2015 GRAMMY Award winning artist Ricky Kej, because we believe that, despite the tragedy of Cecil's death, and that of many terrible deaths every day, there is hope. There are organizations such as BigLife Foundation and others that work tirelessly and at great risk to themselves to protect the animals of our world. We have hope, because programs like this exist. People have compassion, and Cecil's death sparked a worldwide movement that has gained incredible strength in a short period of time. Compassion exists. People have spoken, and governments and corporations are paying attention.

We hope that you help continue this momentum by remaining vigilant, and spreading awareness, by standing in the strength of the conviction that we are on this little jewel together, and must care for one another, for *all* the inhabitants of Planet Earth.

The End is The Beginning.

Grammy® Award winner and Billboard #1 artist Ricky Kej is the youngest Indian to win the Grammy®. He won this award for his album 'Winds of Samsara'.

Internationally renowned Indian Music Composer and Producer Ricky Kej is a true wizard of the keyboard, manuscript page, and recording studio. His projects include creating music for three feature films, fourteen albums released by Universal Music, and over three thousand commercials seen by audiences around the world. A student of both Western and Indian classical music, Kej composed original works for the opening ceremony of the Cricket World Cup 2011, held in Dhaka, Bangladesh; the ceremony was telecast to more than 200 countries and widely heralded for its artistry and execution.

Ricky has earned multiple awards and honors for his composition and production exploits. He won 2 ZMR (Zone Music Reporter) awards held at New Orleans, USA and 2 SAMA (South African Music Awards) from South Africa. He also won the 2015 GIMA and 2015 Mirchi Music Award in India. He was also nominated for 2 Hollywood Music in Media Awards (LA) for this album. He was recently conferred the title "Pride of Karnataka" and pronounced the 'Youth Icon of India'. His previous album Shanti Orchestra was also nominated for a ZMR Award (New Orleans) and a Hollywood Music in Media Award (LA). He was declared an “India Rules Artist” by VH1 in 2013. Ricky was nominated for a Cannes Advertising award for his Nike Jingle.

Combining a keen sense of culture-jumping harmony, melody, and pacing, Ricky synthesizes cutting-edge music technology and traditional instruments of both Indian and European origins into his work, both within the new age genre and beyond. He currently runs two state-of-the-art studios in Bangalore, the Raveolution Studios, where much of Winds of Samsara was developed from spark of an idea to finished album.

Song available on online stores around the world.
awe.fm/RickyKej